For Christ’s sake, how do you expect that to happen? 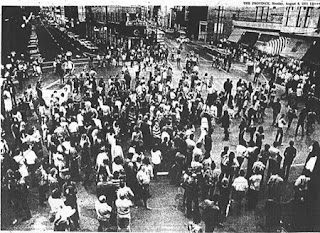 Perhaps we don’t. In our daily lives, we constantly see real differences and divisions. All the current rhetoric about political divisions touches on the real fact that people have different opinions, beliefs, and interests. Personally, the markers of difference are part of our identity. And many of these are pretty important – we will not give them up or set them aside lightly.

Ordinarily we think of these differences as the things which make us who we are. They define where we are in the world and who we are related to others. 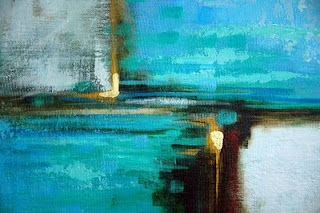 Divided Loyalties (artist unknown)
This may have been even more acute in first century Corinth, where everything depended on who you were with. It mattered if you were with Cephas, or Apollos, or Paul. In the society it mattered whose family who were part of, since your family’s (and its head, its father) wealth, power, and influence determined your wealth, power, and influence. It mattered which city you belonged to, since each city had its own laws and privileges. It mattered if you belonged to Rome (were a Roman citizen), to Jerusalem (capitol of a conquered nation within the empire), or to the "barbarian" tribes beyond the empire’s control.

Unity was found in this context of banding together against the next family, city, nation... "I belong to... " was a powerful statement. (Even when it was forced upon you by your owner.)

It may sound a bit puzzling that Paul criticizes even those who say "I belong to Christ." Haven’t they got it right?

No. They may have the right name, but the wrong spirit. The problem is not that they have different household in faith, but that they are quarreling. This points out that they lack the kind of unity which Paul presumes is a fruit of belonging to Christ.

This is not union in everything. Paul’s apostleship is in fact built on allowing, but disregarding many of the differences which the surrounding world saw as important. Foreskin or circumcised? No difference. Slave or free? No difference. Man or woman? No difference – in Christ Jesus (Galatians 3:27-29). Clothing yourself with Christ does not erase our differences, but it does cover them, set them aside, put them in a new context.

Paul does not ask that the Corinthians be identical – only that they cease to work at cross purposes, and instead work for cross purposes. They are to stop working against one another (through competitiveness, quarreling, and maintaining imperial divisions in their fellowship - 1 Cor 11). Instead, they are to work together by emulating Christ’s radical upset of the world’s power relationships.

We will hear more about this next week, or just by reading a little further in this letter (the foolishness of the cross and the power of God), but for now let’s simply lift up that unbelievable idea that "there be no divisions among" the church at Corinth.

Paul’s apostleship is marked by transformation by his encounter with Christ, and his presumption is that the same kind of radical change will take place in the people and communities who encounter Christ through preaching, baptism, and the Holy Spirit. But let’s use his own image to think about the kind of unity Paul is preaching. 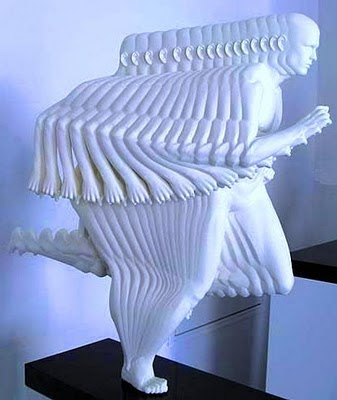 The new people gathered together around the cross of Christ and sharing Christ in their communal life are a body, the body of Christ in the world (1Cor 10-12). The body has many parts. They do not look alike or act alike. They do not even always move in the same direction. Look at a runner – arms and legs pumping, as one goes back, the other goes forward. All the various part of the body are joined together and they work together to move the whole body forward.

"All of you be in agreement, and that there be no divisions among you, but that you be united in the same mind and the same purpose." This is directed not at identity, but at mission. Division is to be avoided because Christ has called us together, into a body, to accomplish God's purpose in the world.

For Christ’s sake is exactly how that happens.

See also John Meade, "What is Church Division?" (2007) for a discussion of New Testament language on "division."