You are not ready

Maybe we’ve heard them from someone denying us an opportunity – “You’re not ready for this job, come back when you’ve got more experience.” Maybe it’s meant as a slam – “You’re just a kid!”

Sometimes I wonder about the Apostle Paul. It sounds like he’s right in his assessment of the folks back in Corinth. They don’t sound spiritually mature. And that may be understandable, given the newness of Christ’s revelation, the world-confounding nature of the cross, and the confusing pictures of faith being presented to them from many different sources: Rome, Jerusalem, Paul, Apollos, Cephas...

But for someone who wants to be seen as their “father in faith” (1 Cor 4:14-16), calling them babies might not be the best approach. “You are like babies as far as your faith in Christ is concerned. So I had to treat you like 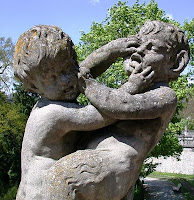 babies and feed you milk” (3:1b-2, CEV). While logically consistent, it is emotionally charged. This kind of argument has seldom worked on me, and never worked for me!

The problem as Paul identifies it is quarreling rooted in jealousy (zelos: zeal/jealousy). It sounds very similar to the struggles in the synoptic gospels over which disciples are greatest. Whose group is best? (The same kind of issue will arise later in the letter in Paul’s concern over who eats first and best, chapter 11; conflicts over spiritual gifts, chapters 12-14; perhaps also in who exercises judgment over church members, chapters 5-6.)

Paul seems initially less concerned about the substance of the debates than the divisive character of how they are being conducted. This envious strife is proof that Christ is missing from their fellowship. Yet it may well be that Paul’s intervention excites that conflict. Later in the letter, the apostle recognizes that “‘All things are lawful,’ but not all things are beneficial” (10:23a, NRSV). He may be right on the merits – but his second letter back to Corinth is a pretty good indication that things have not gone well.

While Paul, the imperfectly reformed zealot, knows that this divisive quarreling is sinful, when we face conflicts in our relationships we might take a step back and ask what is going on. There are all kinds of reasons why we might act “like babies,” and if we are to “grow up” in faith, it helps to know how we need to grow.

We might tolerate milk but not meat due to pain. Have you ever had dental issues that made it impossible to chew? Pain can make even mature adults act “like babies.” Have you ever known someone who had surgery and needed a liquid diet to recuperate? And some among us avoid meat for ethical reasons.

It is so difficult to diagnose from afar!

When the name-calling doesn’t work, when the metaphors break down, perhaps the best we can do is treat the symptom. 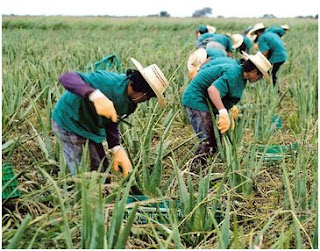 Now we know why Paul spent so much of the previous chapters speaking about boasting. There is, I fear, no cure for jealousy and quarreling but to simply lay them down. “What is Apollos? What is Paul?... God’s servants, working together...” (3:5,9). It is best to step aside, for this is not Paul’s business, nor Apollos’ kingdom, nor Peter’s project. It is God’s.

This congregation, this people, this great good news of Jesus Christ are not objects to be fought over. No church member and no apostle owns this mission field. It is God’s. It is God’s, and all who labor in this field have a common purpose. We might not see it today, in the midst of our strife. But we should.

When will we be ready to belong to God, and follow that foolish, cross-illumined path that is salvation?