This passage is full of things we hear repeatedly in the apostle Paul’s letters.

Now any of these subjects will preach, and each is undoubtedly an important theme in Paul’s proclamation and mission.

Hierarchy justifiably gets a bad rap. But sometimes there’s no way around the fact that there is a certain order to the way things work. You cannot put the roof on if you have not yet raised the walls – or at least the support pillars. It doesn’t make any sense to put up walls if you have not prepared the foundation which supports the whole structure.

And that’s the way it is in the community which traces its membership, its discipleship, its fellowship, its practice back to Jesus. Paul says that there is a way in which each member and the whole community fits together. I take my cue from the ones who have brought me into faith, who have taught me, and more importantly still showed me with the witness of their own lives who Christ is. And the same is true of our models, and of theirs, all the way back to those first apostles who tried to incarnate the Christ they had come to know.

Of course, becoming like Christ means something more than growing a beard and putting on a robe.

The Apostle Paul is no shrinking violet. As a “skilled master builder” he is convinced that he has brought to the Corinthians the true Christ. And he would like the Corinthians to follow his example. In the next chapter, he urges them to imitate him (1 Cor 4:16). His classic statement comes later in this letter: “Be imitators of me, as I am of Christ” (11:1). This concept is explicitly and implicitly throughout Paul’s letters. (Partial list appended at the bottom of this post). 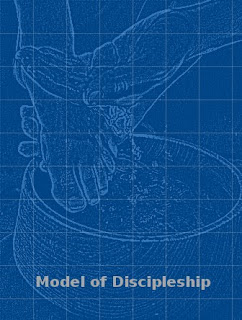 The apostle is effectively saying “be as I am and do as I do. For I am doing what Christ did. And Christ was conformed to God.” Paul is clear that this is the way faith and discipleship works. God's house of faith is built when each of us follow the plan God has given us, not so much by following a recipe or precise blueprint, but by taking the form of a servant. And yes, accepting all that comes with this vocation.

1. It’s not hard to see in this that Paul the Pharisee is simply living out the call to “be holy as the Lord your God is holy” (Lev 19:1).

2. But Paul has come to see that human wisdom is foolish, and that God’s holy wisdom requires a transformation of mindset and attitude and perspective, a conversion from the sacrifice of others to the sacrifice of self.

3. This is a call to a high standard. We are to literally be examples to others, to live as if their lives and faith depended on us. For we are not building an outhouse or a house of prostitution or a “temple” of commerce. This work is to build a temple worthy of the Living God.

4. Like the Temple in Jerusalem, it is a grand place, and we are to build it with the best we have. But this temple is grand not because of the size of its stones or the luster of its decoration. This is not a superficial resemblance, based on putting on an apostle suit or a Jesus costume, but a fundamental correspondence, achieved through God's tranformation of our lives. As we'll hear in Paul's next letter, this human temple is built of the cracked pottery of very imperfect disciples. Yet it is built on the kind of love which is poured out for others. As Christ was for us. Foundational. 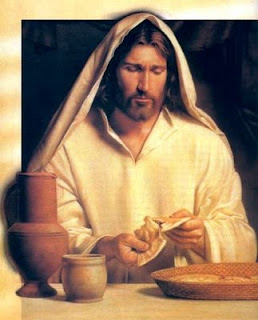 The Apostle Paul on the subject of imitation/modeling/mimesis:

+ You became imitators of us and of the Lord... (1 Thess 1:6)
+ You, brothers and sisters, became imitators of God’s churches in Judea, which are in Christ Jesus: you suffered from your own people the same things those churches suffered from the Judeans (1 Thess 2:14).
+ [We] offer ourselves as a model for you to imitate (2 Thess 3:9).
+ Let the same mind be in you that was in Christ Jesus (Philippians 2:5)
+ Join together in following my example, brothers and sisters, and just as you have us as a model, keep your eyes on those who live as we do (Philippians 3:16)
+ Be imitators of God (Eph 5:1).
* More generally, Paul's language of parents and children, of adoption and heirship, is I think in much the same vein, the descendants taking on the form of their forbears in faith. So too his negative example of the way sin and death have been transmitted from Adam (Rom 5).

Susan Williams said…
Thanks for good starting points. In addition to the "Best stones for God" idea, I like the image of the old stone walls built of many imperfect rocks, all shapes and sizes, but carefully laid to fit snug, and hold each other up.
February 19, 2011 at 10:35 PM