May 26, 2009
Albert Einstein is famously quoted as saying he could not believe that God plays dice with the universe. Not so, apparently, with apostolic succession!

“And the believers cast lots, and the lot fell on Matthias; and he was added to the eleven apostles.” Acts 1:26

I like this story. It is, of course, possible to read this in a determinative way that sees God as in charge of every last detail of the universe, therefore the dice had to land the way God wanted them to, ensuring that the "right" disciple replaced Judas to complete Jesus' twelve-man leadership team. For me, this approach runs counter to my faith, and begs way too many questions. (If the Twelve were so important to Jesus and in Acts 1, whatever happened to that institution? And a myriad of issues related to predestination and theodicy. Did God "set up" Judas as the betrayer and did God demand the murder of Jesus? If God is in charge of everything, is not God then the author of evil? And this theo-logic is so often used as a justification of the current order; since God is involved in every roll of the dice, this must be the best of all possible worlds.)

But I prefer to read this text as reassurance from the Holy Spirit, an appropriate corrective to the anxiety which often accompanies leadership succession in the church.

We might note that the apostles have a history of conflict over leadership and position. Examples abound. “Let one of us sit at your right and the other at your left in your glory” (Mark 10:37 and parallels). Peter’s earnest attempts to be Jesus’ chief apostle. John’s gospel hints, and tradition has long speculated that Judas' betrayal might have been related to his own desire for top rank. Many of Jesus' final moments with them in the passion stories have to do with the quality of community and leadership they are to practice when Jesus has gone from them. And the group has suffered several shocks - the betrayal of their teacher by his own, his murder, his resurrection appearances and loss again via ascension. Judas' death is another trauma that precipitates this scene, and the new apostle must fill his ill-fated shoes. Is it any wonder that this decision might be filled with tension?

Yet while this anxiety is a part of life as we know it, it is not a feature of the kind of community Jesus has been discipling his friends into. Nor - except as it is transformed, resolved, and healed - promote the kind of mission the Holy Spirit is working to bring about.

So we might take a step back and look at the scene without the angst of those in the midst of it. We apparently have two well-qualified candidates. They each meet the job description (Acts 1:21-22). And each has their supporters and advocates. We might reasonably see that this is a winning choice no matter which way the dice may role.

Lest we take our own leadership struggles too seriously, we might also reflect upon the fact that we never hear another peep from either Joseph Barsabbas ("Son of the Father") or Matthias. Canonically, it does not seem that the church's future mission hung in the balance. Whatever work they did, however important their ministry was to the church as a whole and the people involved, after this point it is "behind the scenes" of the New Testament. Neither individual, nor the office was the cornerstone of the church. (That job had already been filled, see Ephesians 2:20.)

In this light, the casting of lots is a graceful way to resolve a conflict over leadership. 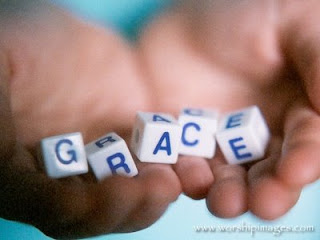 It depends upon the willingness of those involved to trust God - but also, I think, to trust the community which produces and which will support and nourish these leaders. It is great to have a capable, strong, energetic, Spirit-filled, wise, and compassionate person in the office of pastor or bishop. But their success in the office is due to so much more than their own abilities.

"Success" in ministry depends on the work of the Holy Spirit, which leads people in new ways, and brings about surprising methods and results. And it depends not so much upon the gifts - however substantial - of one talented leader, but upon the gifts of the whole community of saints. Ultimately, that "team" of disciples gathers together around not the leader, but the cross and the table.

No one person can build the church. As it was in the beginning is now and ever shall be - the kingdom of God is a community organizing project. Jesus Christ did not seem to care much about his "office." After all, he took his beloved Son-ship and became a slave, homeless, misunderstood more often than not, crucified. But he did care for his sheep, the ones who know him, who leap for joy at the sound of his voice, and who follow him, because the trust him.

Matthias, Joseph Barsabbas, bishops, presbyters, deacons... whether by casting of lots, election in assemblies, vetting by committees, the touch of one already in the office... if the people of God are faithful to their Lord, the church will do just fine. The Holy Spirit is busy sending the good news of Jesus Christ throughout the world. Best we get on with it.

Pastor Joelle said…
It's an interesting story. This seems to be my year of preaching on texts I've ignored for 20+ years.

I explored the idea that they were trying to recapture something they were familiar with. In the good ol days there were 12. What they did was fine...but the Holy Spirit ended up taking them a direction they never considered. And who would have guessed Saul/Paul would be the next apostle?
May 26, 2009 at 12:17 PM

John, an unlikely pastor said…
Joelle said it well,
Who would have guessed that it would be Paul, not any of the 11. But the Holy Spirit sure made it work.
Thanks for the insights.
June 1, 2009 at 12:22 AM