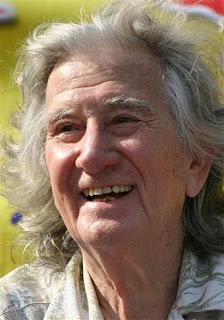 Augusto Boal is best known internationally for developing Theater of the Oppressed (T.O.), what he called a "grammar" of theatrical methods, related to Paolo Freire's Pedagogy of the Oppressed. T.O. aims to help people, using their senses and bodies, perceive, analyze, and transform situations of oppression. It invites spectators to become spect-actors, fully involved not simply in theatrical performance, but in the life-work of liberation.

Because of his work, Boal was viewed as a threat by Brazil's military rulers. Iin 1971, Boal was kidnapped, tortured, and eventually exiled to Argentina, then self-exiled to Europe. This period of exile led to the publication of his first major theater text, Theatre of the Oppressed, and to the spread of his method to Europe and North America. Since then, T.O. has literally traveled aroud the world, with active and beautiful work on every continent.

I was privileged to study with Augusto Boal in several Theater of the Oppressed Laboratory workshops over the past decade. One of the things I will remember best is the way he had - as teacher, as actor, as person of power - of being able to direct a large gathering of people. With the gentle power of his presence, and using the power given him by the audience, within moments a few hundred people would be drawing circles with their feet and crosses with their hands, bumping into one another in the act of introduction, laughing, and on their way to learning something new about themselves, what is real, and how they can transform the world.

Yet I think I know him better from his students and from his grammar of liberation - the Theater of the Oppressed. If, as Shakespeare said, "the play's the thing," Augusto Boal was always a player. A player in the interplay of workshops, in the conscientization of theater, and in the artful work of liberation. This took place not only in theaters and workshops, but on the street, in the fields, in prisons, and in legislative chambers, acting upon the structures of civic power. The play was always foremost. And the "play" was the end of oppression, the growth of liberative community. This is an amazing legacy, a great gift to his friends and to the people of the world.

I find that it is often hard to be precise about the many influences which have led me on my own path of transformation. Yet the schooling of bodies willing to move together, eyes willing to look together, and people willing to think and act together through Theater of the Oppressed came to me at a very good time. And Augusto Boal's personal example remains quite inspiring. At one and the same time he was committed to popular education, participatory liberation, and opposition to oppression - and thoroughly good-humored, optimistic, and engaged. His gentle and lively spirit remain very much alive for me. 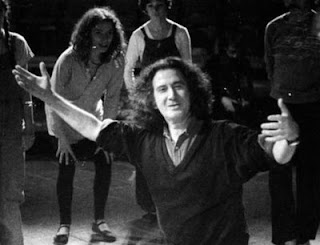 Augusto Boal, 1931-2009.
Rest in peace. May light perpetual shine upon him.
For further information:
A Brief Biography of Augusto Boal, by Doug Paterson
Wikipedia: Augusto Boal
Short list of the best books on T.O.
Boal in his own words - audio from the Abbey Theatre, Dublin, 4/3/08