O beautiful for spacious skies,
For amber waves of grain,
For purple mountain majesties
Above the fruited plain!

The people of this land named America have always been able to agree on its natural beauty. The poem, written in 1893 by a 33 year old English professor, Katharine Lee Bates, has long-evoked this love of our native (or adopted) land. The poem came to her on Pike's Peak, and when later joined to music composed by church organist and choirmaster Samuel A. Ward at Grace Episcopal Church in Newark, New Jersey, has become part of our national library of sacred texts, which we use to define our nation's spirit.

The images speak of more than the natural beauty of the landscape. The amber waves of grain and fruited plains point to our transformation of the land into productive agriculture. The purple mountains have their visual majesty and are also natural resources for extraction of mineral wealth. Three years earlier, the U.S. Census had declared that the frontier no longer existed.

The hymn's ode to America stands solidly in this optimistic tradition of a prosperous and productive nation setting forth to overcome obstacles. "O beautiful for pilgrim feet, Whose stern, impassioned stress, a thoroughfare for freedom beat, across the wilderness!" 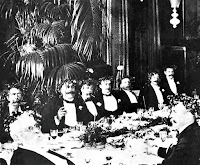 Yet America has always been more than the most beautiful poem or landscape. By the time these words were penned, most American Indians had been confined to reservations, stripped of rights, following a concerted campaign of military action and massacre. This was the peak of the "Gilded Age," America's first age of oligarchs. Whether you call them Robber Barons or Titans of Industry, the corporate empires they built shaped and ruled the U.S.A."Having redeemed democracy in the Civil War, America betrayed it in the Gilded Age," says Jack Beatty, author of a history on the conflict of that era. An age which began with the idea that blacks would become participants in civic life and working men would make steady progress in building their own family empires, devolved to sharecropping, horrid working conditions and union-busting, and wealth corrupting government at all levels.

There has never been a time when the dream of freedom is not contentious. There are always forces opposing OPF - Other Peoples' Freedom. And because we live in a land with others, liberty is itself negotiated, in the context of real-world power, as a social contract with our neighbors. Yet the patriots' dream in America has ALWAYS included the rule of law applied fairly and equally.

The question for us today, is what dream do we share? What is the patriot's dream that sees beyond today, to a land that no longer inflicts tears? 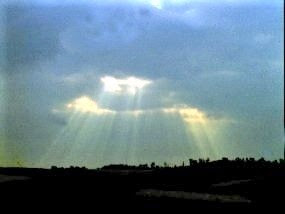 O beautiful for patriot dream
That sees beyond the years
Thine alabaster cities gleam
Undimmed by human tears!
America! America!
God shed His grace on thee
And crown thy good with brotherhood
From sea to shining sea!

May God, the author of our best dreams, guide our vision, that we may dream of and work towards a land of beautiful justice and opportunity for all. And especially for the tired, the weak, the beaten-down, who nonetheless are yearning to breathe free.