Have you ever been to a holy place? Not necessarily the places called “holy,” but a place where you could sense the spiritual power, the uniqueness, the extra-ordinary nature of the place?

Throughout time, people have found it crucially important to know these points in the natural landscape, and later in the architected human landscape, where the powers of the universe are most powerfully present. Maybe you want to access them – maybe you want to stay away from 'em! But as people, we have wanted to understand where they are.

I don't know if this is more of a statement about God or about people, but there are places which are special, where God seems more obviously and powerfully to dwell. The book of Genesis tells how people found these places in the landscape, mountains and springs and river fords. In the journey out of slavery, the people established a moveable temple, the tent of meeting or Tabernacle.

Some places stand out for me. Niagara Falls. Forget the tourist attractions and the floodlights – the awesome power of the water proclaims the presence of something far beyond one's self. The great redwood forests of the Northwest Coast speak in a very different tone, but the very air is heavy with the rich forest smell of ferns and centuries of growth, decay, and new life. Sometimes – not always or even usually – you can sense it in our houses of worship, places hallowed by use, by generations of care to build and maintain, sanctified in prayer and praise. In some churches or places of prayer, it sinks into the woodwork like incense, or is held by the stones, and the modern visitor can inhale the faith of generations. The temple location itself is a place hallowed for generations before Solomon. Mt. Moriah / Mt. Zion was the traditional location where Abraham went to sacrifice his son Isaac, and where the Lord intervened to substitute a ram for the sacrifice.

Diane Kaese will tell you: “Place matters.” While God may dwell anywhere, the places where we experience that presence, that connection to the best, the holy, the source of power – well, we had best honor and care for that experience. The temple – whether in Jerusalem or on Wayne Street – is a reflection of the power and presence of God.

When you see Andy polishing the woodwork, the worship assistants “doing the dishes” washing and drying the communion vessels, when you see any one of us cleaning up, or hopefully all of us engaged over the next few years in revitalizing this building... you can take that as a sign that we are giving honor to God and the way God has claimed this place as an outpost of the heavenly kingdom. We hallow those places where we have touched the sacred.

To digress for just a moment, I'd like to take notice of Solomon, the king whose speech is in this lesson, who spearheaded the building of the Temple, who in fact, calls it “his temple.” At most, we probably remember a few highlights from his life. The son of David and Bathsheba, he became king as a boy, when his mother and the prophet Nathan won the power struggle for succession. Most likely you could name just a few things about him.

1. He was renowned for his wisdom – and people cite the story where he judges whose woman a baby belongs to. 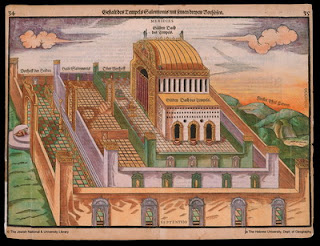 3. And finally, he built the Temple, the official dwelling place of God for the nation of Israel. We only read a bit of that story in today's lesson, but the previous three chapters detail Solomon's building projects, down to the architectural and decorative elements of the building.

But all these proved to be fleeting. Wealth and wives lasted only as long as his life, and his kingdom barely longer than that. Solomon's vaunted wisdom was unable to recognize or prevent the civil was among his sons which split the kingdom in two. The Temple itself lasted three centuries, before being stripped and torn down in 586 BCE by the Babylonians. Its destruction led to a spiritual crisis in Israel. If God dwelled in the Temple, did its destruction mean that God had abandoned them? 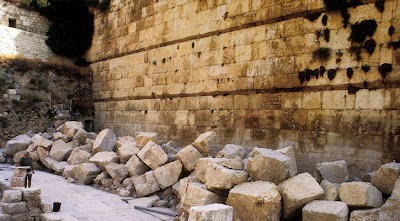 Stones from Jerusalem Temple's destruction, 70CE.
Rebuilding the Temple did not, and could not fully answer this concern. Nor is the question unique to ancient Israelites. Is God faithful? Are we right with God? Will God be there in our times of need?

This congregation has had a rough few... decades. When the people who founded this congregation and built this building began to abandon this city to its new immigrants, to a more persistent poverty, choosing suburban greens over their neighbors. I know there have been times when it seemed that God had abandoned this place.

We should remember, though, that in Christ we we have been given a new kind of Temple. The old Temple was a place of God's presence, yes, but it was also a place of atonement. In the Torah, the Lord established a system of animal sacrifice to wash away sins. And the Temple became a place where people got right with God, becoming again at-one.

It was quite an enterprise. At Passover alone, the Temple “processed” thousands of lambs, and was visited by tens of thousands of people. When Jesus and his disciples visited the Temple, the disciples were impressed by its grandeur, its strength, the power expressed in its huge stones. 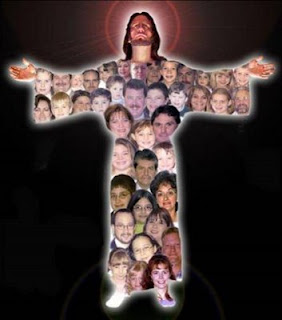 But Jesus spoke of a different kind of temple, the temple of his body. Jesus knew a God who came to dwell in human flesh. The Apostle Paul spoke of the human body as a temple of the Holy Spirit. Still more, he – following in Jesus’ footsteps if not his words – reimagined the assembly of believers as a body. Just like our human bodies, this social body has different parts, with different gifts and functions. Like our human bodies, our churchly body is broken, is in need of healing, and has been redeemed.

This new temple, here at St. Matthew's and throughout the world, is not a place of atonement. Jesus finished that work. We are forgiven, and God has said that we are beloved – always! In Jesus, the temple is no longer a place of atonement, but of reconciliation. Jesus, in his human body, restored people to health, forgave sins, and led people into eternal life, reconciled with God. And with one another. Jesus built a new temple, the temple we call “church,” where the body of human community is healed and redeemed, where his disciples live together in love.

Place matters. The places where God dwells become holy places. God came among us, revealed in Jesus’ human body, in the community he gathered, in the wounds inflicted upon him, and in the tomb which could not hold him. 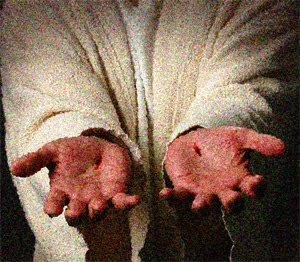 It is a mystery that so often the building of this new temple comes precisely at the places – those points in our lives, in our bodies, and in our physical space – which are hurt, broken, and suffering. We do not seek out illness or adversity – yet these can bring forth and reveal kindnesses and strengths. A neighborhood in trouble is not a blessing – but in that neighborhood are opportunities for God’s goodness to shine through. We pray for deliverance when things afflict us, and very often we find the healing we need in the midst of the storm.

We might desire the conventional types of strength, success, and victory. But, God knows, that is not where we live all our lives, and that is not where we most need help. God’s kingdom – as Jesus knew and as Jesus lived – is built not with the biggest, strongest, most enduring stones, but with the living stones of God’s people, who are connected by something more fragile and yet stronger than mortar.

We build this new temple, and we “polish” the brass of the kingdom with forgiveness, by showing mercy, by helping one another, by living in love, sharing our bread, and seeking God's shalom – peace and wholeness.

By the grace of God, that's who we are.