Lloyd Gold died last Friday. Maybe you knew him, or someone like him.

At his funeral, one of his friends observed that Lloyd was “not normal.” And thank God for that. You might have expected to see him in the pages of Faulkner or Flannery O’Connor, the final gone-astray scion of a once grand Southern family. Instead, Lloyd was a fixture of Hoboken and Jersey City street life for the past 20+ years.

His funeral was in the basement of a funeral parlor in Newark. They were going to “throw him away,” until a long-time friend stepped in to make sure that Lloyd was buried right. I don’t know that Lloyd would have cared that much, but it was good for the nine people who came to see him off.

He looked pretty good, considering he was dead, wearing his only suit jacket, his hair trimmed. Lloyd loved his jewelry, but all of it had been stolen before a friend came to pack up his things. So he went out wearing just a tiny shamrock pin, a gift he’d once given, now given back, and a necklace of shiny blue stars.

He would certainly have appreciated the fresh-faced young priest who came from Grace to ensure that the Church Episcopal took note of his passing, to recall the walk through the valley of the shadow of death and pray the great prayer of commendation: “Into your hands, O merciful Savior, we commend your servant Lloyd. Acknowledge, we humbly beseech you, a sheep of your own fold, a lamb of your own flock, a sinner of your own redeeming.” 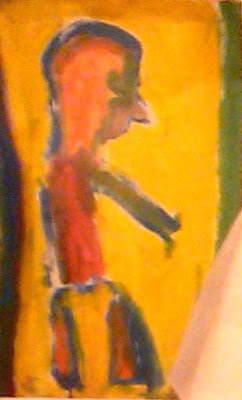 Lloyd was not the easiest person to get along with. You might quaintly call him pixilated, but he suffered from mental illness. That, plus his fondness for a drink or several, and his outrage at injustices of all sorts led him into trouble and broke many relationships. In his last 20 years, he was homeless much more often than not.

But Lloyd’s life was filled with grace. He could not always get himself together, but he gave freely and generously to others. One of the folks who stuck with him the longest told how, when he was sick, Lloyd would bring him a cup of tea or soup. If he was hospitalized, Lloyd would always find a way to visit. “Most ‘normal’ people don’t do that.” Reminds me of Jesus.

And Lloyd did that a lot, in crazy ways, which should not be that surprising given that God long ago chose to reveal the sacred through the foolish things of the world. Lloyd often appeared as a holy fool, flamboyantly bedecked in his beloved costume jewelry. My favorite Lloyd story is from my wife Lisa, who would talk with him when he came into Hoboken Antiques, mostly to browse the dollar costume jewelry bin.

Now, Lloyd being homeless and a little “out there” made her a bit uneasy with his visits. On this day, as they talked, he told her that there was a big celebration at All Saints (the Episcopal Church up the street where Lloyd was a sporadic member), and invited her to come. “The Bishop is coming,” he said. “There'll be refreshments.” She said she had to get home and do her homework. “No, really, you should come, it’s a special celebration!”

Eventually she said “Bye, Lloyd” as he went out. She heard the door shut and went back to her schoolwork, but about ten seconds later she heard the bells ring. The door was opening and Lloyd was coming back. “Don't forget about the celebration!”

The church was in the opposite direction from home, but that evening Lisa had to go uptown to look for a book for her class, and as she came back downtown she noticed that the church was lit up and the doors were open. She knew there was a party going on, said to herself, “Oh, alright,” accepted Lloyd’s invitation, and walked in the door. And into the Eucharist.

She doesn't remember seeing Lloyd there that night. He had gone on to other things. But it struck her the way it never had before that Jesus' communion meal is a celebration. And she remembers the light in the sanctuary was very beautiful, a transfiguration light.

And that’s the way it often was with Lloyd. He invited people into something bigger than they were expecting. Sometimes more troublesome. But if you had the eyes to see, it was often strangely beautiful, caring, and out of the ordinary.

I have no doubts about Lloyd’s deliverance. Love and grace shone through his life. I’d say “God bless you, Lloyd,” but I know God has. And we have been blessed by and through him. Rest in peace. 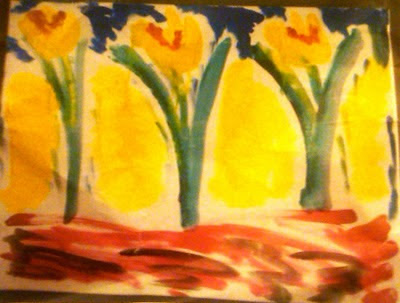