Have you ever had one of those dreams where you find yourself in school, or on a busy street, or in the middle of the mall and realize you’re not wearing any clothes?

Put aside for a moment the question of sin, and pay attention to the emotional experience. When they realized they were naked, they knew how exposed, how vulnerable they were.

As naked as an addict who has hit bottom. Naked as a politician whose lies are no longer believed. Naked as an ordinary family whose credit has collapsed, whose home is in foreclosure. As naked as Jesus in the desert, standing before Satan.

The usual line on Lent is sorrow for sin. That is most certainly true. Sin and evil is something we all confront. But when the consequence of sin lands upon us, it is perhaps not so important how we got into the mess.

Many times, in fact, we deceive ourselves or are deceived into believing doing something harmful actually makes sense. Surely the serpent has a point, and it will be a good thing to know the difference between right and wrong. Surely that Bible-quoting presence in the desert is offering a great opportunity. Wouldn’t the world really be better off if we were on top? 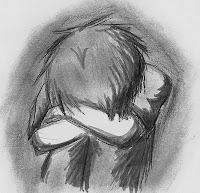 Going down that road, there always comes a moment when it falls apart. The craftiness of the snake, the smooth talk of the devil, the new-found knowledge of the man and woman, none of this is any help. “They saw what they had done, and they realized they were naked.”

And our attempts to cover it up, to fix it up, usually work about as well as sewing fig leaves together.

Believe it or not, this is a moment of grace. It feels awful, to be exposed as a fraud, a failure, a fool. It is frightening to be faced with truth, to dangle on the precipice between ruin and rescue.

Yet it is the first step back to the garden. Not back to that long-lost idyll, but to the cultivation of a new life – without fig leaves.