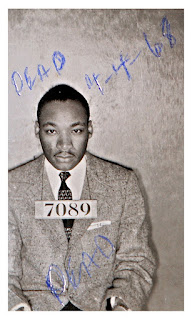 Fifty years ago this April 4, the Rev. Dr. Martin Luther King, Jr. was murdered. We have now been without him longer than he walked on earth. His public ministry lasted a mere 14 years. Called as pastor of Dexter Avenue Baptist Church in 1954, he quickly became a leader of the Montgomery bus boycott. Following its success, his ministry expanded well beyond the call of a tall-steeple pastor.

Since his assassination, Martin King has become an icon of American righteousness, and deployed as a symbol in service of many different agendas. Probably most often, he is used as a heroic symbol of racial progress. 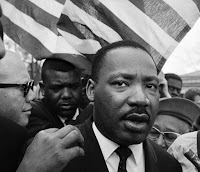 We love dead heroes far more than the living men and women. The dead can speak no more challenging truths, they cannot personally confront their opponents. We have their words, we have their accomplishments, but we lose the vitality, the spirit, the relationships, the living leadership of the living person. Without the living person to call us to account, the contest over their legacy may take priority over their life work.

Yet Martin Luther King, Jr., named after three prophetic saints in the Christian tradition (Saint Martin, the peacemaker, Brother Martin Luther, reformer, and Daddy King, pastor), even 'til the day of his death witnessed to a vision of God's justice. King would be the first to acknowledge that the movement he led was not about him. It included him, it included his fellow leaders, it included his communities of color, it included the poor white Southerners and the middle-class Northerners, and the Vietnamese peasants, and the Jim Clarks, Richard Daleys, and Lyndon Johnsons of this world. It includes you and me. It includes everyone, because God's vision is a dream of healing and redemption.

In God's vision for this world the hardest of hearts are opened, the most toxic hellholes get loving remediation, and the dream of peace and justice is the reality we live.

In memoriam: Martin Luther King, lover of humanity, renewer of society, preacher of peace, and prophet of the Lord. 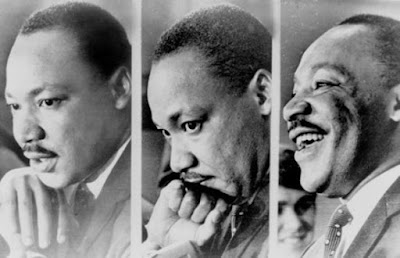 The first image is Martin King's mug shot from his arrest February 21, 1956, discovered July, 2004 by a deputy cleaning out a Montgomery County, Alabama, Sheriff's Department storage room. It is not known who added the notations.