Showing posts from July, 2011
Show all

Mary, Martha, and Lazarus of Bethany 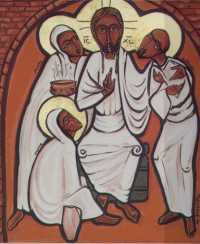 Almighty God, we give you thanks for those witnesses who have preceded us in faith, especially remembering this day the New Testament saints of Bethany: Mary, who sat at her rabbi's feet; Martha, who trusted in Jesus and confessed him as Messiah; and Lazarus, who obeyed Jesus' command and came out of the grave. Give us the grace to listen to your Word, true hearts to know your presence, and the will to follow you from death into life. Grant that we too may follow you in faith, trusting ever in your promise of new life in Jesus Christ, our Lord. Amen.
&nbsp
Post a Comment
Read more

“We need to raise the debt limit - but Republicans can’t take the responsibility.” Mitch McConnell, Senate Minority Leader, July 12, 2011. (OK, that’s not a quote - just a summary of what he said. He described his plan where the Republicans would vote “against” a debt limit increase - but also give Obama the authority to do it, abdicating their responsibility under the Constitution. See Mitch McConnell says Republicans will not let government default.)

Land that I love 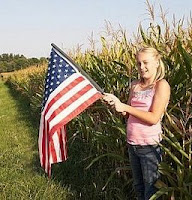 I used to make a point of calling this holiday “Independence Day.” Its major feature was, for me, the specific point of national pride in seeking independence from a foreign master. It was about standing up, declaring “this is what we stand for,” and being willing to back it up with “our lives, our fortunes, and our sacred honor.”

I know a little more history these days, enough to know that few persons’ deeds ever match their rhetoric. Those who talk freedom are not always the ones who sacrifice of themselves to win it. And American freedom has far too often been at the expense of others’ bondage: slaves, women, native peoples, the poor in this land and others.

The very term “independence” rings oddly when we know that independence is a fiction, whether we are talking about “individuals” (who only exist in families and communities), the global political-economy, or the interconnection of all things (dependent origination). 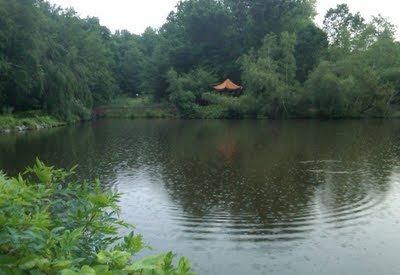 A glimpse of the Buddha

Today (Saturday 7/2) was the first full day of Buddhist Summer Camp at Chuang Yen Monastery. The day is programmed with Dharma talks and Buddhist education, service, “working meditation,” vegetarian meals, and typical camp activities like relay races. I have visited the monastery before but never stayed overnight. It is a peaceful, beautiful, well-used, and welcoming place.

At the end of the day, I walked back to the men’s dormitory, which sits across from a small lake. In late twilight, I paused to sit for a few moments on a flat rock. The lake was before me, mirroring the surrounding trees and the deepening shades of the sky above.

Every few moments carp would break the surface of the lake, each plop a reminder that the lake was a living thing. And also the occasion to think of how nice it would be have a pond with such well-fed fish, who dine on remainders from the dining hall, and who would no doubt make a tasty, sustainable addition to the dining table.