That's not true, really. The states were not unanimous on July 4, 1776 (the New York delegation abstained).* But the 13 states were far from united, and certainly not unanimous. While there was a lot of sentiment for a new independent nation, it is doubtful that a majority supported rebellion against the Crown to achieve it.

Yet the Declaration was vindicated by history as true enough. The citizens who supported the cause and the troops who avoided disaster and outlasted the British won the day and eventually the hearts (of most) of their countrymen.

Nothing of any great importance will be acheived without risk and without opposition.

As much as we hope for unity of purpose and unanimity about the course to take, it cannot stop our resolve to act when justice and human integrity are at stake. 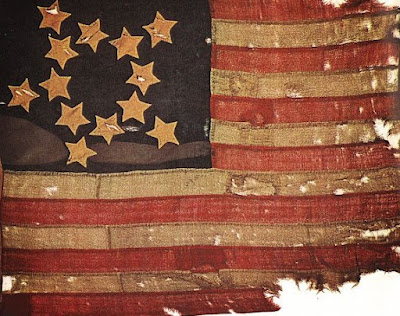 When a person, or group, or a government stands against human rights and dignity, it is necessary to change it.

It was the radical, revolutionary idea that government ultimately serves the people that led these American patriots to challenge the world's most powerful empire.

They were patriots, not perfect. Their vision would lead successive generations of patriots to exercise their rights to secure still more blessings of liberty.

If I hear one more TV commentator claim to speak truth to power, I may gag. But it is time to speak truth to one another. Our nation is in crisis, and our liberty is under threat. May we have the courage to declare our resolve.

We hold these truths to be self-evident, that all men are created equal, that they are endowed by their Creator with certain unalienable rights, that among these are life, liberty and the pursuit of happiness. That to secure these rights, governments are instituted among men, deriving their just powers from the consent of the governed. That whenever any form of government becomes destructive to these ends, it is the right of the people to alter or to abolish it… 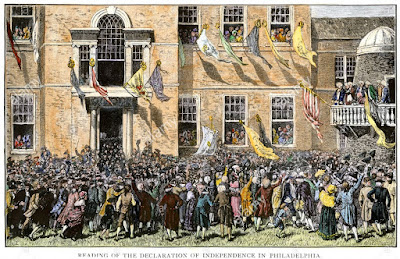 * On July 15, the New York delegation received word that the New York Convention had adopted the Declaration of Independence on July 9th, and NY delegates signed the document with most others on August 2.