Does Mitt Romney have another tax problem? 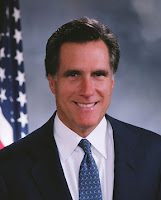 Overlooked in the news over the large size of Governor Romney's income and small size of his tax bill is the issue of his faith, expressed in donations to the Church of Jesus Christ of Latter Day Saints (also known as the Mormon Church).

Mr. Romney has served as a Mormon bishop (head of a local congregation) and as a stake president (head of a regional group of congregations, equivalent to a diocese). His faithful church membership has been part of his public resume. 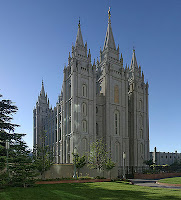 Yet the tax returns reveal an interesting anomaly. The Church of Jesus Christ of Latter Day Saints practices a tithe as a requirement of its members. A Biblical tithe is usually thought of as 10% of income. While there is some debate within the LDS church as to what constitutes a tithe,* official church policy sets the tithe at 10% of gross income. "...[T]he simplest statement we know of is that statement of the Lord himself that the members of the Church should pay one-tenth of all their interest annually, which is understood to mean income" (March 19, 1970 letter from the First Presidency to presidents of stakes and missions, bishops of wards, and presidents of branches in answer to the question, "What is a proper tithe?").

The Church of Jesus Christ of Latter Day Saints, in addition to defining the tithe, also recognizes that it is a gift, and offering, and a spiritual matter. Thus, the letter which defines the tithe as 10% of income also goes on to say "We feel that every member of the Church should be entitled to make his own decision as to what he thinks he owes the Lord, and to make payment accordingly." This is an honest recognition that tithing is hard. Choosing to give a large portion of your income is a sacrifice, and cannot be compelled of someone else. It requires generosity, but also commitment, and work.

I am not a student of Mormon faith and practice, so I am open to correction on this point, but it appears that Mr. Romney's tax returns reveal that his giving to his church comes up 30% short of what the church expects.

I wonder if any Mormons - whether in the one percent or the ninety-nine - who pay the full tithe have noticed this.

* Some argue that the 10% tithe only applies to "surplus" income, or income in excess of basic needs. Others debate whether the tithe is applied to gross or after tax income. Official church policy is 10% of gross income.